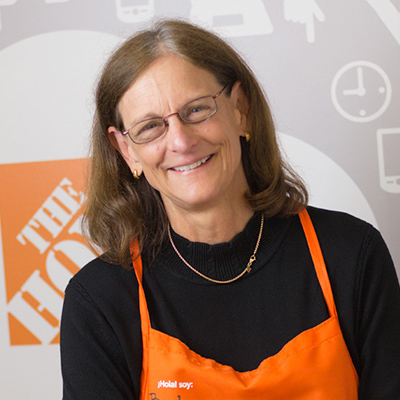 Barbara Sanders is vice president of Technology and Chief Architect for The Home Depot. Barbara is responsible for IT Enterprise Architecture, along with support for International geographies, Data Warehousing, Advanced Analytics and Application Platforms and Developer Tools. In 2015, she moved to Austin and assumed responsibility for the Austin Technology Centers. The original building houses one of the two Home Depot Data Centers, IT Operations and the IT Help Desk which supports our 2200 stores. The other location, which opened in January of 2017, will seat over 1,000 Software and Systems Engineers.

Previously at The Home Depot, Barbara led the implementation of SAP Retail to support 200 stores, merchandising and supply chain in Canada; held positions of vice president of Architecture and Engineering, Strategy and Planning and supported The Home Depot’s Call Centers and Services businesses.

Prior to joining The Home Depot in 2002, Barbara served as vice president of Engineering and Architecture and chief architect for Delta Technology, a wholly owned subsidiary of Delta Air Lines Inc. She began her career with IBM, where she spent 20 years in various IT leadership roles. Barbara also spent three years with Citibank as vice president of Systems Architecture, responsible for implementing a global credit card processing platform for the European and North America Bankcards Division.

Barbara earned a Bachelor of Science in Biology from Baylor University and a Masters of Computing Science from Texas A&M University.